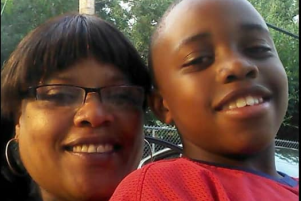 After Tawonne got a non-renewal from her landlord, she found it difficult to find housing and ended up in shelter. Then, she was connected to The Road Home’s Housing & Hope program.

My name is Tawonne and I have lived in Madison since 1992. In 2014 I became homeless due to me and the landlord having some disagreements and because of this I was given a non-renewal. I quickly began searching for a place but was not able to find one in the time frame that I had to be out of our current unit. Due to time restraint and limited income we had to pack as much as we could carry and entered the shelter. After weeks of calling every day to see if the shelter had space we were finally accepted into the YWCA 90-day shelter program. We were happy to know that we would at least have a designated place to go every night until we found housing. This was also exciting because it meant that we didn’t have to call the shelter every day to see if they had space for me and my son for the night.

While at the YWCA I worked with a case manager who referred me to The Road Home Housing & Hope program. When I first applied I was denied and was very sad. Shortly after I got a call from The Road Home case manager telling me the decision was overturned and that my son and I were accepted into the program.

I love that you guys gave me and my son a second chance. Since living here I love interacting with the events and Elizabeth has been so supportive by listening and supporting me when I feel like things are not going right. After 5 years in Housing & Hope I am glad to announce that I will be moving in a few months and am glad that I can make room for another family to get the same support that my son and I received.