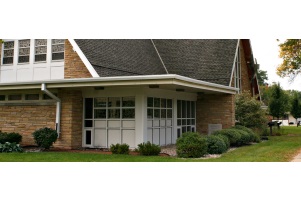 Midvale Community Lutheran Church was one of the initial churches who created The Road Home in 1999. MCLC’s support continues today.

Midvale Community Lutheran Church’s (MCLC’s) commitment to serving those most in need is grounded in the Christian faith and reflected in its mission: Midvale Community Lutheran Church is a Community of Believers in Jesus Christ, called by the Holy Spirit to Praise, Live and Share God’s Love. As a community of believers, MCLC seeks opportunities to serve the Madison-area, the state, the nation, and the world. None of MCLC’s Christian call to service would be possible without the support of its congregation and pastors.

It is no surprise, then, that in 1999, when MCLC was invited to join with other Madison-area churches and synagogues in forming the Interfaith Hospitality Network (IHN) Shelter Program, the congregation and its pastors actively supported becoming involved in the program. MCLC was one of the initial 12 congregations involved in creating IHN. Along with MCLC’s Buddy Churches Prairie Unitarian, Glenwood Moravian, St. James Lutheran, and Beth Israel Congregation, MCLC provided food and shelter for three to five homeless families over four separate one-week cycles each year for 19 years. In January 2018, MCLC hosted its final rotation as The Road Home Dane County phased out the shelter program and launched a new structure for engaging volunteers from local churches and synagogues that once comprised the IHN Shelter Program.

In addition to providing shelter to families as part of IHN, the MCLC congregation chose to become involved with The Road Home’s Second Chance Apartment Project. Since 2013, MCLC has partnered with The Road Home, the YWCA, and the Madison Community Foundation to provide shelter to homeless families. From 2013 to 2019, MCLC has welcomed a total of four families into the church-owned house on Wakefield Street. The congregation provides rent, utility support, and mentorship to assist families as they transition from homelessness to having a home. MCLC also provides household items including furniture, dishes, and appliances.

MCLC is pleased to be a partner with The Road Home and shares its belief that every child deserves a home. MCLC looks forward to supporting the The Road Home in the years ahead as we work together to serve homeless families in the Madison area.